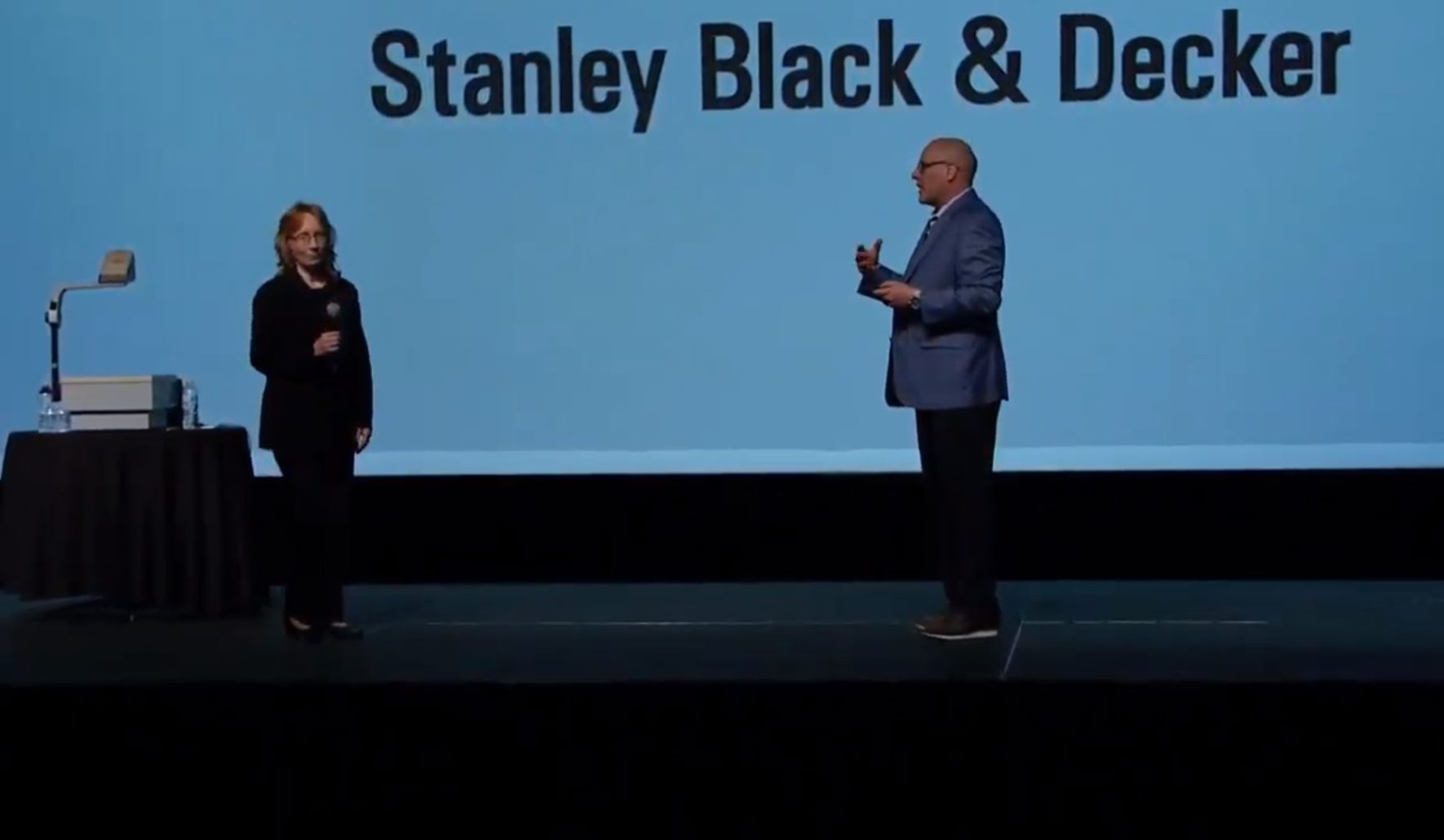 Lyle Ekdahl, Senior Vice President of Product Development for Oracle JD Edwards, gave a keynote presentation at COLLABORATE 19 about JD Edwards customers who have showcased digital success with a 9.2 upgrade, UX One, Orchestrator, and automation in JDE.

Lyle brought up Riesa Case, Director of Global ERP at Stanley Black & Decker, about the company’s use of automation the benefits that it has brought with it.

Intelligent ERP is not just autonomic, meaning self-healing on the backend, but also about the intelligence and digitization of the processes themselves. Customers are using JD Edwards in this fashion today. One of those customers is Stanley Engineered Fastening, a division of Stanley Black & Decker.

Stanley Black & Decker has three divisions—one of which is Stanley Engineered Fastening. This division delivers world-class, advanced fastening systems. The company handles all design, building, and manufacturing of the fastenings and all their parts. These fasteners are incorporated into items that you likely use every day, like an automobile, iPhone, airplanes, etc.

Stanley Black & Decker, as a large organization, actually has a robotic process automation team. This team looked at a situation where the company had a large number of consolidated journal entries coming from blackline. These consolidated journal entries were being sent out to the businesses as Excel spreadsheets. Those spreadsheets were being manually uploaded via Excel into JD Edwards, which took roughly three or four days to complete. This tedious, manual work drove the Stanley Engineered Fastening team to look to robotic process automation for a solution.

The Stanley Black & Decker robotic process automation team went through the company looking for volunteers to take on the process, and the Stanley Engineered Fastening team decided to take it on for two reasons:

Stanley Black & Decker utilizes a bot farm and an out-of-the-box JSON bot. Access to these technologies sparked a lightbulb for Stanley Engineered Fastening. They worked with the robotic process automation team and provided an orchestration JSON for GL entry that would call the GL post.

It took the Riesa, with assistance from ERP Suites, a few days to build the Orchestrations. After roughly a week of testing, they were live and in production within 30 days.

Automating this process has saved Stanley Engineered Fastening around 40 hours of time each month because the team no longer has to manually upload the GL spreadsheets into JD Edwards.

In addition, there was no need for a developer during the creation of the orchestration. Riesa’s knowledge of the software and processes was enough to create the Orchestrations. Anyone with a basic knowledge of JD Edwards and the business process that needs automating could develop an orchestration to fix the problem.

What’s Next for Stanley Black & Decker

The robotic process automation team is now reaching out to Stanley Engineered Fastening to move into other areas of automation after the success with Orchestrator.

From a global perspective, Stanley Black & Decker has network terminations that go through ServiceNow—a ticketing system. The next step is to automate this process instead of having to manual key in another ticket for the ERP termination. ServiceNow has a bot with JSON capability as well, so when the network termination goes in, the bot will send information through several orchestrations in JD Edwards to terminate the employee. This will help streamline the process and solve the business problem.

For more information on how Stanley Black & Decker is utilizing bots and Orchestrator to automate processes within the organization, check out the video below.

To learn more about Orchestrator, check out the additional Quest resources attached below.

If you’re interested in presenting at INFOCUS 19, the premier deep-dive JD Edwards focused event of the year, submit an abstract by May 3 to be considered. The conference will take place August 20-22 in Denver, Colorado. Take advantage of Early Bird registration rates before July 23!