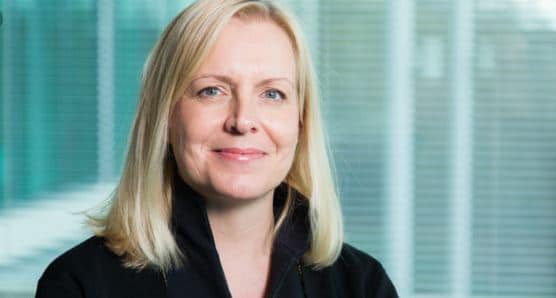 Oracle’s Vice President of Applications, Debbie Green, started her career at Oracle as an administrator processing license orders. Since then, she has been promoted through four tiers of management and is now part of the company’s leadership team for the UK, with overall responsibility for applications. Ed Targett, editor of Computer Business Review (CBR), wrote about an interview with Green in which she discussed her journey with Oracle and Oracle’s SaaS (Software as a Service) and beyond.

Green has witnessed the company’s periodically thorny relationship with the Cloud and the pivot towards SaaS. She discussed how Oracle has become more customer-facing as it adopted a SaaS approach to applications – a change that also triggered new relationships with Systems Integrators (SIs) and, internally, with Oracle’s developers.

“Our application stack on public Cloud is the broadest out there. There are lots of niche providers, but no one has what we do. Whether we remain unique forever and a day is another thing. We have to make sure we’re ahead of the curve, and make sure customers understand what we have in our kit bag because there’s a lot of misinformation out there.”

Setting Customers Up On Oracle SaaS

Green explained that Oracle is building cutting edge tools, like machine learning, for finance, HR, and supply chain applications. However, she said that people in the C-suite say that there is still so much time spent looking back and doing analysis that there are not enough proposals going to the board about how you can make your business more valuable. With all of the automation now possible, you can do that look-forward.

In the past, some people with on-premise applications end up implementing the core application and then falling in a heap in the corner. They never get to the point where they are putting in BI and made it work for them. However, Green explained that with SaaS applications, that is a much easy journey that is built into the applications in a way that is much more future proof.

When Oracle first started working on Cloud applications, particularly ERP, the earliest customers were public sector, which was a surprise to Oracle. Green said that people say public sector are the last to adopt a new technology, but that is not the trend that Oracle has seen. Public sector is looking for ease of use and modern, flexible tools that help them retain good staff.

She said that Oracle also sees a lot of companies in other sectors that make acquisitions of businesses that are on a separate system. The question is whether you try to push them into a system that is hard to onboard them onto or do you set them up on a SaaS solution? Acquisitions are helping with the swift adoption of SaaS as its quicker to implement than on-premises applications.

“We had a new retail customer who was interested in selling their business and came to the brink of selling but didn’t get the price offers they wanted. One of the criticisms they got was that their systems were not modern – they were old and clunky and not tied together. It was diminishing the value of their business. So, they bought from us because they needed to modernize in part to make them more sellable. It’s got a big impact if you’re a laggard.”

Green suggested that a faster-paced development cycle and the “service” part of SaaS has triggered a real cultural shift at Oracle. In the past, customers didn’t want Oracle around the table at the project boards. However, people are starting to realize that they do need Oracle around the table. It’s not just a software, it’s a service, so customers often want to interact with Oracle directly.

Green expressed that this shift had to happen with SaaS. They realized that they needed to be in touch, and now they are accessible, happy to talk, and jump on calls with customers. Due to this relationship, Green said that she has seen functionality put into action within months of when customers want them – it’s much faster than before! Green expressed that there is still a lot to learn about how to deal with people in this new Cloud world, but it is a new service culture.

To learn more about Debbie Green and Oracle’s journey to SaaS and how SaaS Cloud applications can benefit your organization, check out the additional resources attached below.

COLLABORATE 20 will take place April 19-23, 2020 at the Mandala Bay Resort and Casino in Las Vegas, NV! Call for Presentations is now open. Don’t miss your chance to share your stories, insights, and advice with the Quest Oracle Community! Submit an abstract by October 11, 2019, to be considered to be a speaker at the conference.