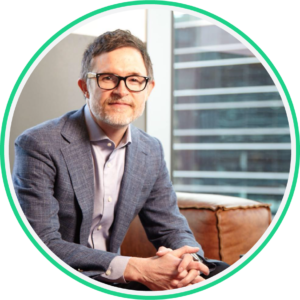 After the session How to Make Your Technology Initiatives Succeed with Chris Laping, Chris was joined by his business partner and wife Kristine, and they took questions from the audience. Below is the Q&A (edited for clarity).

Earlier in the webinar, Chris presented the seven conditions needed for successful technology initiatives. They included:

Chris Laping: Well, I would say in general, especially people that are supporting the whole Oracle suite of products, that design is something they have to spend more time on, because the systems tend to be more complicated.

Then I would say that the work we even do around communications is eye-opening. I think it’s Blaise Pascal, who has the quote, “I’m sorry that this letter is so long, it would have been shorter if I had more time.” I think it’s sort of counterintuitive that to create stronger communications to people, you actually need less words, words that are right on the money. So, we spend a lot of time with IT leaders on that.

Kristine Laping: As someone who is in charge of executing projects, it’s important to have a clear “why” for the project. As a project leader, that should get handed over to us, but we might have to manage Crucial Conversations upward to get clarity on that “why,” and that can feel a little uncomfortable if you’re a project leader.

I just worked with a client, a team of executives that were founders of a company, just this week. They’re all just a year away from retirement, and they’re trying to build a legacy company. We were working on a “why,” and it was a challenging activity. It was challenging to have to give them the kind truth of, “Hey, the ‘why’ that you’re giving me isn’t very motivating, and it doesn’t provide the clarity we need as a filter going forward.” So, with all that being said, I think it depends on your role as to which condition might be the most challenging.

Question: How can we influence a leader to pause and focus more on the “why” when clarity is not there?

Kristine Laping: Just this week, I had this scenario happen with a client. It really does require a working session that is intentional and focused on just working on the “why.” Sometimes when people see we’re going to be together for three hours potentially, to just work on this “why,” it shows the importance of the work.

Come prepared with examples of what happens if the “why” isn’t there and there isn’t alignment to it.

Examples I always give are if we’re going to start doing a vendor selection process or we’re trying to figure out what capabilities to turn on in a module. If we’re not clear on the “why,” that’s how scope creep happens. Then I’m in a design session later having a conversation with someone, and they start giving me all of these requirements, and I don’t know what to do with them. So, the scope expands, and the timeline expands, and we’re over budget. So, getting that “why” upfront and having that crucial conversation upfront helps manage the body of work. It often does require face to face conversation, with people in the same room, again, with intentional focus.

Chris Laping: One thing I’d add to what Kristine said is go to a leader and say to them, “I have five different ways I can solve this problem. They range the solution ranges from $20,000 to $1 million, but I’m not clear on the problem.” That will get anyone to pause pretty quickly and frame it for them. Remember, your job is not to be the hero, your job is to be the guide. People want you to be a guide—like a Sherpa climbing a mountain. They just want you to show them to the top of the mountain. So, throw yourself out there. Use yourself and say, “I’m not clear on the problem we’re trying to solve, and because of that, I have five options. They range from $20,000 to $1 million. Can we have a working session so I can so I can get clear on the problem?” As long as you don’t see your role as a hero role, where you think they want you there to save the day, then that’s a safe thing to do. That’s the problem—I think a lot of times people think we have to be that hero we don’t we just have to show we have to be the guide.

Kristine Laping: I just had that happen in this conversation this week. Again, where I pitched it as I’m the consultant coming in, they want me to lead a HRS implementation. I said, I want to buy you guys the right tool, but I’m afraid that if we’re not clear on this, I might buy you a hammer when you guys really need a screwdriver. By just saying it that way, it changed the whole dynamic of the conversation. So, it is so true.

Question: Any advice for a very small IT team in relation to the rest of the company? We want to do big upgrade successfully, but we may not be able to increase headcount despite projects moving forward.

Here’s the answer— it’s not a supply problem. It’s a demand problem. Not every request you receive should be treated equally. Some requests you receive are going to create a lot more benefit than other requests. What’s most important is that you’ve created some kind of process to rationalize what those things are. It’s also important that you include your stakeholders in that process, so they feel like they’ve helped.

Now I’m going to tell you, there’s a lot of times where things can still move up the list—even if there’s not a high dollar value attached to it—because it’s an interdependency for all of the other high dollar items, or because it really makes people’s lives easier. However, I would also tell you, at one point in my career, I was a CIO in an organization that had a $100 million IT budget and had 500 people around the world. I promise you that we showed up at work every day and did not have enough resources to succeed. So, the conventional thinking is that we don’t have the bodies or the money to be successful. You’re never going to solve that problem, no matter how large the organization is.

So, what you can solve and what you do control in your day-to-day work, is making sure that the work you do is most aligned to what’s important now, for all the stakeholders around you. It’s okay to say “No” to the things that aren’t most important now, and don’t create a lot of value and create a lot of noise. It just requires you being upfront and straight with the stakeholders about the “why” on that. Say, “Here’s why we’re not going to do this right now. I’m sorry.”

One other tip to help that conversation is to not make prioritization a yes/no thing. If you do, people are going to see you as the department of “No.” Think of prioritization as a stack rank thing. So, if you have 100 requests, just always make sure the board reflects 100 requests and what the order is that you’re going to go after. When you get the 101st request, then just put it on the board where it fits in the 100, then you don’t ever have to say no to anybody. Then they can see the 101 and that there’s a long list in front of you. If they want their one-on-one item to go up to No. 2 or No. 3, they need to be an accomplice in that they need to help you build that story. So anyway, clearly, I’m passionate about this, because this one has definitely hurt me over time.

Kristine Laping: I would just add that in addition to managing the demand and understanding with crystal clear clarity, all this stuff that Chris talked about at the beginning of the presentation, where people who are happier at work have more fulfillment, they also outperform their peers. Well, a lot of what is talked about in Leveling Up Your IT Leadership and Influence is about building a cohesive unit within it. The reality is, when you are working as a cohesive unit, you get way more done with fewer team members. So, I have had the opportunity to actually work with Chris as an IT leader in multiple environments, and I will tell you, we got a lot of stuff done on skeleton crews. That’s because he always focused on building a cohesive team within the unit. So, that’s my pitch on cohesive teamwork as well.

Question: We’re just starting to lead a project that failed seven years ago. We’re trying it again with different technology. It’s an API automation imaging project. Any words of advice?

Chris Laping: I love these questions. This is a tough one to answer, but I would say that what’s more important as a starting point when working on something that didn’t work before and that you’re trying again as a new technology stack is if the same personalities involved. If it’s largely the same team, it is likely they will get the same outcome with even newer, flashy, sexy, or more capable technology. It is likely that there could have been dysfunction with the team and the way it was performing together and that they’re going to function that way a second time. So, the first question to ask yourself is, “Are there some new faces here?”

The second thing is, who are the most interested insiders? Who cares the most that this gets done? Now, whoever that person is, you want to get that person to engage the highest level of leadership above them to provide air cover for you. If you’re the only interested insider, and if you’re the one whose life is going to get easier and more improved with this upgrade, that’s going to be a harder hill to climb. If it’s for a stakeholder, you get that person who wants to be your accomplice, and they’re going to engage their boss or their boss’s boss, or all the way up if you can. Get that person way up in the organization to get involved and call that person the executive owner. Don’t call them sponsor. When I think of sponsors, I think about nonprofits and somebody who writes a check in, gives it to a charity, and doesn’t do anything else. Then the charities just have to all the work and make something with that money. I’m thinking of an owner, someone who does more than writes the checks—someone who rolls their sleeves up and shows up in these meetings and cares as much as you to get this done. So, I would just say in essence, don’t go it alone. Don’t try to be the hero, force the stakeholder to the table.