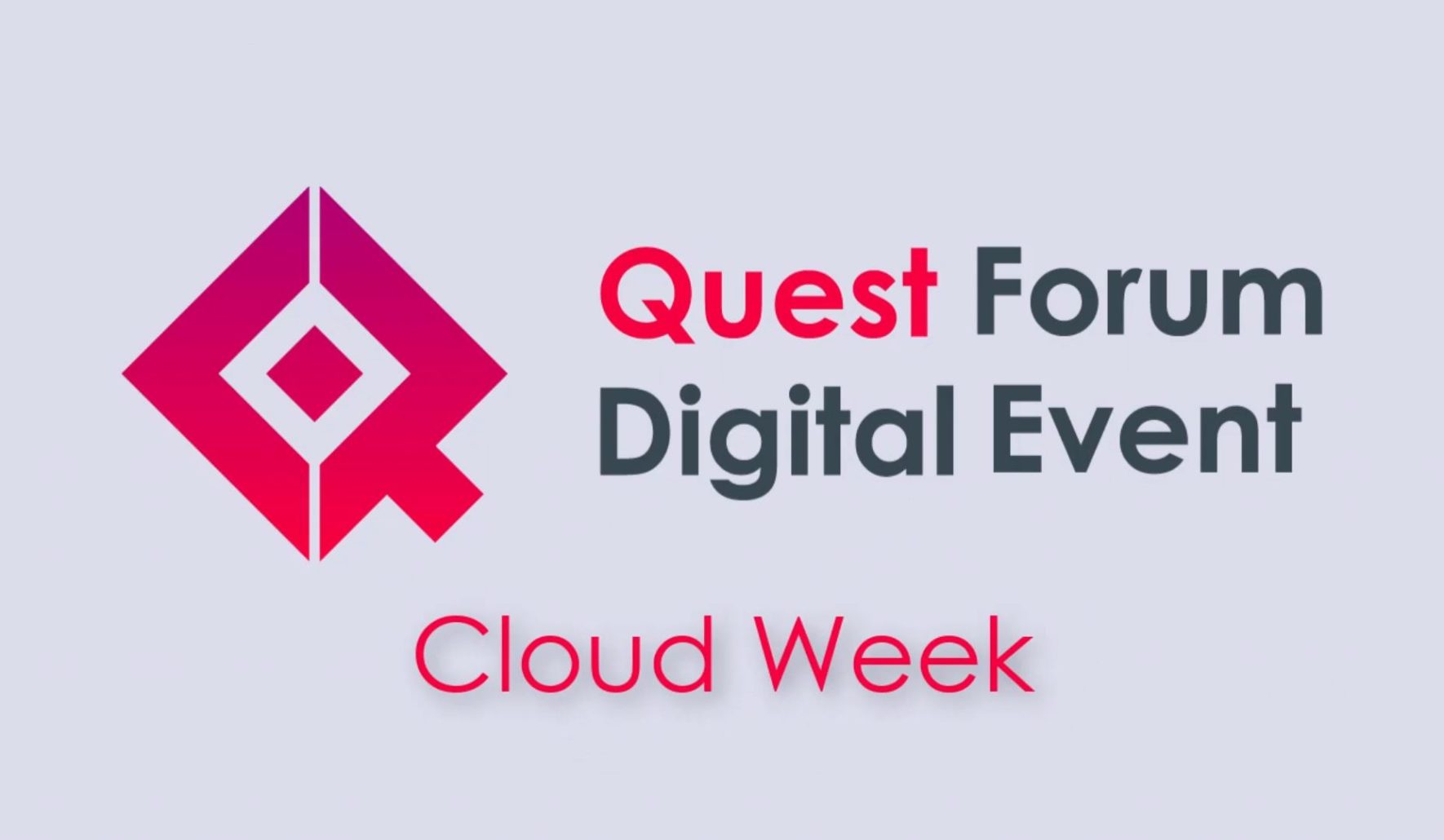 ATCO was originally founded in 1947 in Alberta when a father and son began providing housing accommodations to workers in Canada during the nation’s first oil boom. Now, ATCO’s capabilities have expanded to a number of innovative solutions in several sectors. The company has invested its 6,000 people and $24 billion in four main areas:

The image below shows a summarized view of ATCO investments. The organization’s endeavors are both complex and diverse, and ATCO has provided services in over 100 countries around the world.

ATCO was initially on E-Business Suite (EBS). Then, nine ATCO companies converted from EBS to Oracle Cloud. They implemented a single CoA with standardized processes. It was a no customization approach with go-live taking place in October of 2018.

Kulyk explained that Oracle Cloud Security is still challenging for ATCO, even a year and a half after implementation. The first challenge regarded finding Oracle Cloud security expertise. The options for finding this expertise are as follows:

Oracle Cloud Security in a Nutshell

Below is a glossary for Oracle Cloud security. Underneath each job role is a list of privileges. These privileges are logically grouped in duty roles. To determine which privileges are assigned to each Oracle role, refer to the Oracle Help Center online for the most up to date information.

As an example, Kathy is an employee who has been given two abstract roles and a job role. The image below shows Kathy’s roles and access.

The image below shows the security setup menu for Kathy’s view in the system. 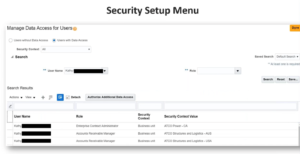 In addition to the explanation above, Oracle Cloud security also houses a Procurement Agent (SCM) and a Contract Administrator Resource (Finance).

Oracle has taken care of some, but not all, Segregation of Duties (SoD) within roles. You need to pay special attention to SoD vulnerabilities in your organization.

Oracle ERP Cloud includes roles that have been defined with a knowledge of a set of SoD policies that are included in the Oracle Cloud’s Access Controls Governor product. For example, the privilege, Create Payments, is incompatible with the privilege, Approve Invoice. The predefined Accounts Payable Manager role has the privileges of Force Approve Invoices and Create Payments. When you assess and balance the cost of duty segregation against the reduction of risk, you may determine that the Accounts Payable Manager role is not allowed to perform force approve invoices and remove this privilege.

There are multiple seeded roles in the Oracle system for the same job. One version of the security role begins with the letters ORA. This version is the most up-to-date role for that job, and it continues to receive Oracle updates. The other version is an old role that is still being used by some Oracle customers. Because of this, Oracle did not want to eliminate this role. They recommend you utilize the security roles with the prefix ORA-.

The second challenge faced by ATCO was the decision to either seed or customize roles. They wanted to allow read-only access to users who experienced this in EBS. Oracle Fusion did not offer this option. They reached out to Oracle:

Oracle: We designed the system to be flexible so that you can build whatever you would like. However, custom roles won’t receive updates.

The answer from Oracle was not extremely helpful. Ultimately, ATCO determined they could not avoid the path of creating custom roles if they wanted to allow Read-Only access. If you are in the same situation but have not implemented Oracle Cloud Security, it is good to note that Oracle will probably offer Read-Only in the future.

There are two ways to copy a role in order to create a custom role. One approach will allow your copy to receive quarterly updates from Oracle. The other keeps your role untouched by updates. Depending on your intended use, you may choose to use either. 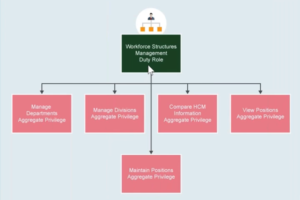 The third challenge for ATCO was that of customizing roles. Customization of roles is not a simple endeavor. For ATCO’s purposes, the seeded roles had too much access. The organization had to decide which privileges to take away from each role. From a list of 100+ privileges per role, the only way to discover the specifics of each privilege was to test it out. This was time-consuming and tedious.

Finally, ATCO realized that they had exposed personal employee information with some custom roles.

A fourth challenge occurred with security setup licensing impacts. ATCO went live, designing their security without any concept of how licensing would be impacted. They were $9 million over their licensing threshold and received a note from Oracle referencing the issue. They sought help:

ATCO: Can you tell us which roles are driving up our licensing costs?

Oracle: Licensing is a bit like a forensic investigation. You have to get a whole bunch of data and do some triangulation.

This response was not the level of assistance ATCO had hoped for. It took a while for them to discover the main issue. After searching for Oracle support forums, they found a user in the UK who had posted a report, which ATCO further modified:

Additionally, ATCO worked with a second company on Oracle Cloud. They mentioned OTBI licenses that are report-only at $20 per person. There is a bit of mystery revolving around these licenses, but they may be worth an inquiry to your Oracle rep.

The challenge currently facing ATCO is that of automation. To date, ATCO’s service provider does auto-provisioning and de-provisioning on their behalf. It is difficult for this provider to know how to do this appropriately and effectively. The example below shows the complexity of security approvals at ATCO.

After doing some research and reaching out to Oracle, ATCO discovered that the best practice for all is to create roles with embedded security context. Unfortunately, they had applied the job role, then manually applied the security context for the designated person.

You should create a custom role to embed security access within the role. More specifically, if you have five business units, then every role that requires business unit as security context will have five different versions of that role—one for each business unit. ATCO has just started to correct this issue and the team is working through the process to find the right balance. Had they done the Oracle University security training prior to the project, ATCO would have known the solution beforehand and would not be in the current predicament.

Oracle Cloud security is a complex system to learn. As a best practice, take Oracle University’s security course before beginning implementation. Kulyk’s hope is that the information provided in this post will better prepare you for success, as you can learn from the mistakes made at ATCO. For some quick tips, take a look below.

During her presentation, Kulyk provided several quick tips and tricks for others to take into account during their own cloud security journey.