Trek Bicycle Corporation is a family company that began in 1976 in Waterloo, Wisconsin. The company was founded by Dick Burke and is now led by his son John Burke. Trek is the number one bicycle brand in the United States and one of the top three global bicycle brands. They are an industry leader in innovation and are dedicated to customer satisfaction, and retailer success. Trek bikes are sold through independent bike retailers and are available in more than 100 countries.

Trek Bicycle Corporation, headquartered in Waterloo, WI, continues to be on the cutting edge of technology in many areas, including in their IT/ERP space where they currently have a significant focus on mobility, cloud, and IoT. As part of these initiatives, Trek’s IT department, led by IT Global SR Director, Bryan Turner, recently partnered with Oracle and KPIT to implement the JD Edwards EnterpriseOne IoT Orchestrator. The long-term vision was to use the IoT Orchestrator across various sales, manufacturing, and inventory business processes at Trek facilities across the globe.

To start this journey, Trek needed to be able to prove they could successfully implement the Orchestrator and integrate it with JD Edwards EnterpriseOne 9.1 (tools 9.1.5.5), their single global ERP instance. In addition, Trek needed to demonstrate if and how they could put the Orchestrator into action. This prompted a joint project between Trek, Oracle, and KPIT in late 2015.

The initial scope of the project was to identify a couple of business cases where the IoT Orchestrator could add real business value. Trek IT reached out to some key business leaders. They quickly found two business cases where all felt IoT could significantly add value to the existing business processes and were also straight-forward from an integration standpoint. Trek IT along with KPIT began to analyze the requirements, such as how these two business processes would change as a result of IoT, what types of devices are needed and where they should be positioned, and lastly, what commands would the IoT Orchestrator need to be programmed with for sensor interaction.

The first business case was an effort to enhance the sales ordering and shipping process to Trek Employees. At Trek’s headquarters in Waterloo, employees are allowed to place orders through Trek’s B2B on a daily basis. The orders are fulfilled in Trek’s 400,000 sq. Ft. Midwest Distribution Center about 20 miles from HQ. The vision was to put IoT sensors in the shipping bins that are transported between the distribution center and HQ to give employees real-time updates on where their orders were, and when they would be delivered. “In this business case, a minimal amount of IoT Orchestrator configuration was required, as the Orchestrator was simply used as a mediator to call the business logic in JDE,” explained Girish Washikar, IT Technical Manager at Trek. With employee order volumes generally being very high, especially in the spring and summer months, it was looked at as a 5S initiative. When employee orders arrive at HQ, they are delivered to the mailroom where they remain until employees pick them up. Now that employees are receiving email notifications of their order status, including when their order is delivered, the mailroom has become much more organized and less cluttered. The mailroom staff loves it.

The second business case was to come up with an automated way to control Kanban inventory replenishments, specifically with decals that are affixed to bicycles during the manufacturing process. IoT sensors were affixed to racks where these decals were stored, and measured the distance between the top of the sensor and the top of the decal stack, firing off a call to the Orchestrator when the gap became larger than the threshold. “The IoT Orchestrator allowed us to trigger the creation of purchase orders in JDE when a pre-defined replenishment point is sensed. The creation of the purchase order is done without human intervention which saves time and increases inventory accuracy,” said Chris Konyn, a Global IT Project Manager at Trek. Additionally, upon creation of the purchase orders, the Orchestrator notifies the appropriate buyers via email, further increasing the value of this initiative.

From a technical standpoint, the deployment of the IoT Orchestrator was straightforward as it was bundled with the AIS Server available in TR 9.1.5.5. Trek and KPIT were able to utilize the URL and run some primary tests to ensure it worked as documented in the installation guide. Trek was also able to deploy the Orchestrator out of the box while leveraging additional configuration capabilities such as technical documentation on composing XML files with their strategic partner KPIT.

Going forward, Trek looks to expand how they are using the IoT Orchestrator with the two business cases in the original scope. With over 2,000 global employees, rolling out the employee ordering process to all Trek offices and distribution centers across North America, South America, Asia-Pacific, Europe, and Africa is one way Trek looks to accomplish this. To continue to develop the Kanban initiative, the goal by the end of the year is to add more sensors to decal and sticker SKUs as well as other components that can be measured by distance to report replenishment needs. Thinking about new initiatives, Trek has plans to implement IoT devices in their global tech service centers to track frames and other inventory through the paint process, as well as additional areas in their distribution centers.

Trek employees are also members of the following groups: 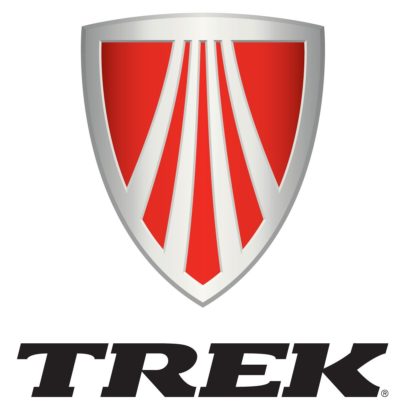