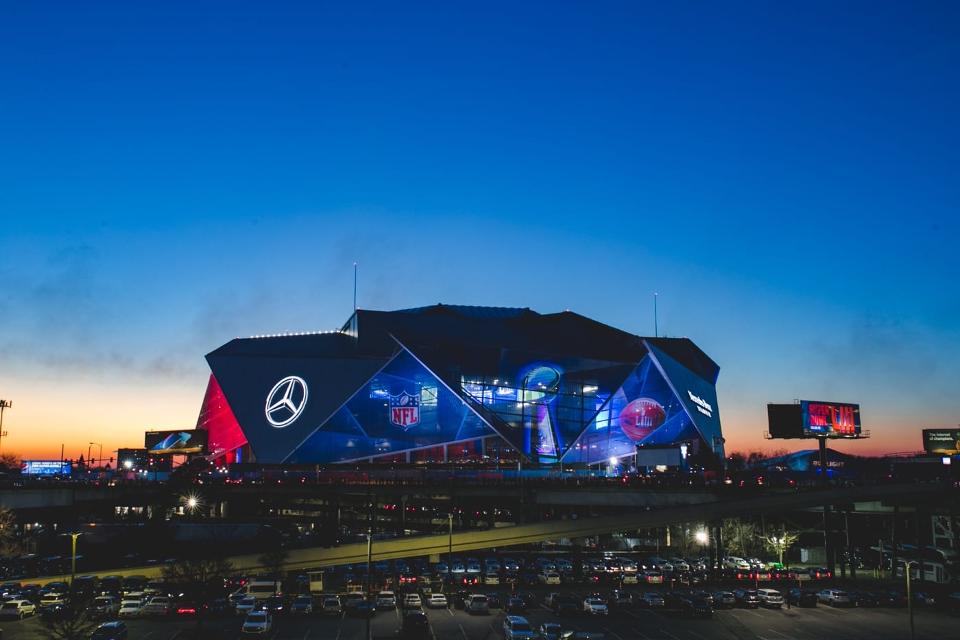 When running a high-stakes project, IT leaders know that they will need a lot of sign-offs before going live. When the City of Atlanta was about to go live with its new all-Cloud ERP strategy, it had to get a blessing from a surprising source – the National Football League. Atlanta was hosting the Super Bowl in February 2019, and the city wanted to go live with its Cloud project before then in order to help the city through the demands of that event, which draws hundreds of thousands of people to the city. However, when a city is hosting the Super Bowl, there are not supposed to be any other major projects going on within six months of it. So, a project like a new system implementation within that six-month time frame requires special clearance from the NFL.

“We managed to hire 400 to 500 temporary workers for the Super Bowl, including event and additional airport security, and we paid everyone properly. In the past, temporary workers and new hires were outside the payroll system, and the process was not as smooth or accurate.”

However, this gutsy Super Bowl call was not the only bold move that the City of Atlanta made during their Cloud project. While many city, county, and state agencies are moving more operations to the Cloud, Atlanta made a leap to a pure, all-Cloud ERP strategy. The effort was less about the technology and more about changing the way that the city conducts its finance, human resources, and procurement operations.

“We wanted to modernize our business processes before we started the project, and it made sense to do that using the latest software versions that we get with SaaS. From the get-go, we decided it would be easier to implement best practices within Oracle Cloud applications and workflows.”

Preparing for the Move to Cloud

One challenge that occurred when modernizing the city’s business processes is that the data had to be cleansed, which was a non-trivial undertaking. Some employee records were several decades old. Throughout those years, paper-based systems, computer systems, and computer applications had changed, so records could be inaccurate and incomplete.

The City of Atlanta planned three data conversion cycles but ended up doing seven because they discovered data issues during each cycle. A lot of those issues had to do with data that had been recorded on paper and typed into different computer systems over the years. The City of Atlanta had to normalize many different data formats into a common format so the new digital business processes could flow smoothly.

Benefits of an All-Cloud ERP Strategy

As a result of the all-Cloud ERP strategy, the City of Atlanta noticed several benefits, including:

One big outcome of the modernization effort is that the City of Atlanta was able to free employees from deskbound business processes that did not work well, or at all, for employees working in the field and traveling. Now, anyone can access their pay stubs and update their personal information using a smartphone, tablet, or laptop. Executives and managers can approve requests and expenses from a mobile device, which has accelerated the pace of various workflows.

Internal operations have also accelerated within the City of Atlanta. For example, the finance department is completing its month-end process in five days versus 10. The procurement department has reduced the amount of paper it uses by 80 percent. When the procurement department relocated, it required less office space because the team no longer receives, prints, or stores responses to requests for proposals in binders and boxes for long-term storage.

“The success of a project like this depends on user acceptance. We were able to achieve that because Oracle Cloud is easy to use and easy to navigate. It’s also been the catalyst for transforming our business processes.”

-Alfonso Piñan, director of Financial Systems Service for the City of Atlanta

The City of Atlanta was looking at an upgrade of its on-premises Oracle E-Business Suite 11i. However, software customizations that were made to EBS 11i made it more complicated, and it would have to duplicate as it upgraded.

Initially, the City of Atlanta looked at a hybrid Cloud implementation, in which it would have both Cloud and on-premises applications. However, the hybrid implementation would require integrations among on-premises finance and procurement applications and the Cloud-based HCM application. After starting down the hybrid path, the team assessed a pure-Cloud approach instead. The City of Atlanta concluded that the all-Cloud ERP strategy would deliver a lower total cost of ownership and result in an estimated savings of $17.5 million over 10 years compared to the previous on-premises approach. Coupled with less maintenance and risk, the all-Cloud ERP strategy looked like a better choice than the original hybrid approach.

Then, a ransomware attack solidified the decision to adopt a pure-Cloud ERP strategy. During the attack, certain on-premises applications were impacted, but those hosted by a third-party provider were not.

“We decided that the risks associated with maintaining the integrations were just too great. Three months into our hybrid cloud implementation, we realized moving entirely to the cloud would provide more benefits and less risk for the City of Atlanta, as well as the water department and Atlanta International Airport since they also used the Oracle E-Business Suite applications for finance, procurement, and HR.”

Results of the All-Cloud ERP Strategy

The entire Cloud project took less than 15 months from the point of signing contracts to the implementation. The City of Atlanta partnered with Deloitte to lead the system integrator work.

John Gaffney, Deputy Chief Financial Officer for the City of Atlanta, explained that the City of Atlanta has met with several visitors from other government agencies who wanted to discuss the Cloud project. In addition, school districts have scheduled teleconferences to discuss. Gaffney said that these organizations are looking for assistance because everyone is starting from a different place with different technologies and budgets. The City of Atlanta has proved that it can be done on time and on budget if you have the right partners, so these organizations want to do it too.

To learn more about the City of Atlanta’s implementation of Oracle ERP Cloud, Oracle EPM Cloud, and Oracle HCM Cloud, check out the video below.

COLLABORATE 20 will take place April 19-23, 2020 at the Mandala Bay Resort and Casino in Las Vegas, Nevada! Call for Presentations is now open. Don’t miss your chance to share your stories, insights, and advice with the Quest Oracle Community! Submit an abstract by October 11, 2019, to be considered to be a speaker at the conference.