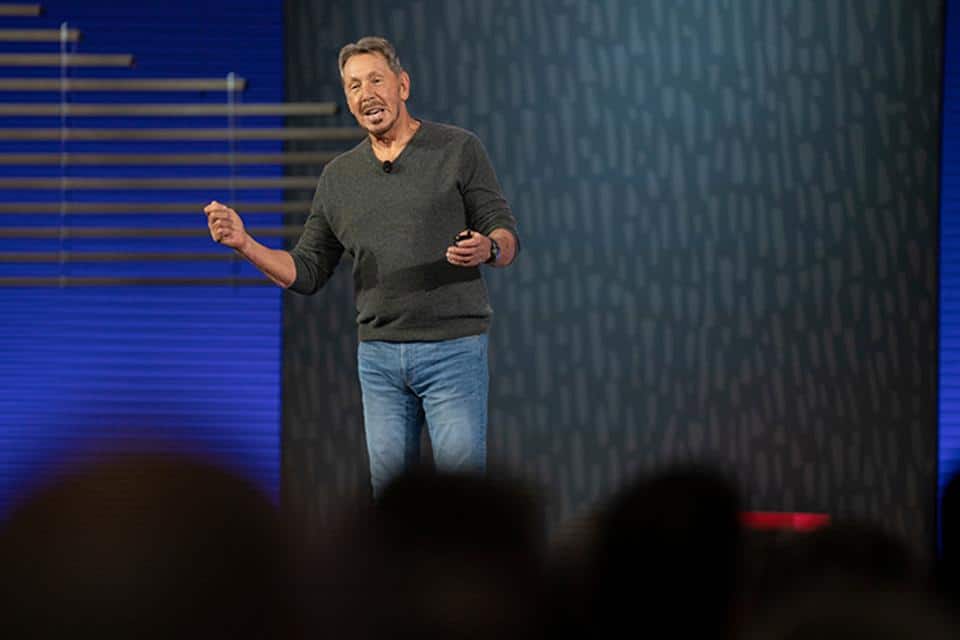 At Oracle OpenWorld 2019, Ellison laid out his vision for the “world’s first truly autonomous Cloud,” a vision that takes the concept behind trends such as self-driving cars and planes and applies it to Cloud computing. The result is Oracle database, infrastructure, and other IT services that are more secure, reliable, flexible, and cost-efficient than competing Cloud services.

During his OpenWorld 2019 keynote, Ellison explained how the most important benefits from autonomous systems will come from eliminating human errors. In cars, eliminating such errors avoid accidents. In technology, it eliminates common user errors that expose data to hackers.

Oracle Autonomous Database leverages machine learning algorithms to automatically and continuously patch, tune, back up, and upgrade itself without manual intervention, all while the system is running. Ellison explained that artificial intelligence, machine learning, and autonomous systems are so fundamentally different from what came before. He said that this change marks a new generation in computer technology.

Thousands of companies, including TaylorMade, OutFront Media, JASCI Software, Drop Tank, Henry Ford Health Systems, and Data Integrity, are turning to Oracle Autonomous Database to not only improve their security, but also boost performance, cut operating costs, and ultimately free their people to focus on higher-level business priorities. Ellison said that Oracle expects to add more than 1,000 Autonomous Database customers this quarter alone and that the pace of adoption is accelerating.

Ellison also explained that Oracle is now looking to make it easier – and free – for anyone to see for themselves what an autonomous Cloud is all about. He announced the Always Free program for companies, developers, students, and anyone else who wants to experiment with Oracle’s Cloud services. The program includes two autonomous databases, each with 20 gigabytes of storage; two compute virtual machines, each with 1 gigabyte of memory; as well as gigabytes of block, object, and archive storage.

For customers who want or need to manage their Oracle Autonomous Databases in their own data centers for regulatory or other reasons, Oracle plans to offer Generation 2 Exadata [email protected] starting in mid-2020. Ellison explained that this new offering, which functions exactly like Oracle Database running in the public Cloud, will be much easier to install and use than Oracle’s Generation 1 [email protected] In addition, Oracle engineers will perform a free upgrade.

As for Oracle Cloud Infrastructure, on which Oracle Autonomous Database runs, the Generation 1 architecture was pay-per-use resource sharing – meaning customers pay only for as much storage, compute, or network capacity as they consume. Ellison said that the main economic benefit of Oracle’s Gen 2 Cloud Infrastructure is its autonomous capability, which eliminates human labor for administrative tasks and thus reduces human error. That capability is particularly important in helping prevent data theft against increasingly sophisticated, automated hacks.

Ellison said that the lack of autonomous capability in competing Cloud databases is what may make data breaches more likely, potentially, exposing the data of millions of people to hackers. Database administrators historically have been responsible for manually configuring databases and database servers and thus introduced human error.

Competing service providers’ support policies are often very clear – as a customer, you maintain full control of your content and responsibility for configuring access to your subscribed services. However, Ellison explained that, in the Oracle Autonomous Cloud, when you use the Oracle Autonomous Database, it configures itself. It’s not possible for customers to make configuration errors because there are no pilots to make errors.

During his keynote, Ellison explained that an autonomous database should run on an autonomous operating system, which is why Oracle introduced Oracle Autonomous Linux, which is available now. In fact, Oracle, which offered the first commercial database on Linux back in 1998, is developing all of its products – database, applications, middleware – on Oracle Autonomous Linux, which is designed for the extreme performance, scalability, and security requirements of cloud computing.

“When you use Oracle Autonomous Linux in the cloud, the price is just right – It’s free. So if you’re paying IBM, you can stop.”

Ellison claimed that one major advantage that Oracle has over AWS is that Oracle provides one converged database that is able to handle all data types. In contrast, he said that AWS offers as many as eight different specialized databases to handle different data types – each requiring separate teams with specialized skills, each with its own security model, and each with its own set of procedures for implementing high availability and elastic scalability.

COLLABORATE 20 will take place April 19-23, 2020 at the Mandalay Bay Resort and Casino in Las Vegas, Nevada! Call for Presentations is now open. Don’t miss your chance to share your stories, insights, and advice with the Quest Oracle Community! Submit an abstract by October 11, 2019, to be considered to be a speaker at the conference.

Save the date for Quest Experience Week! This free, four-day event is jam-packed with digital education designed to provide both strategic insight and how-to-education for Oracle users of all levels. Each day is dedicated to a different product and begins with a keynote followed by afternoon breakout sessions. Join us November 12-15, 2019, for conference-quality education from the comfort of your desk!