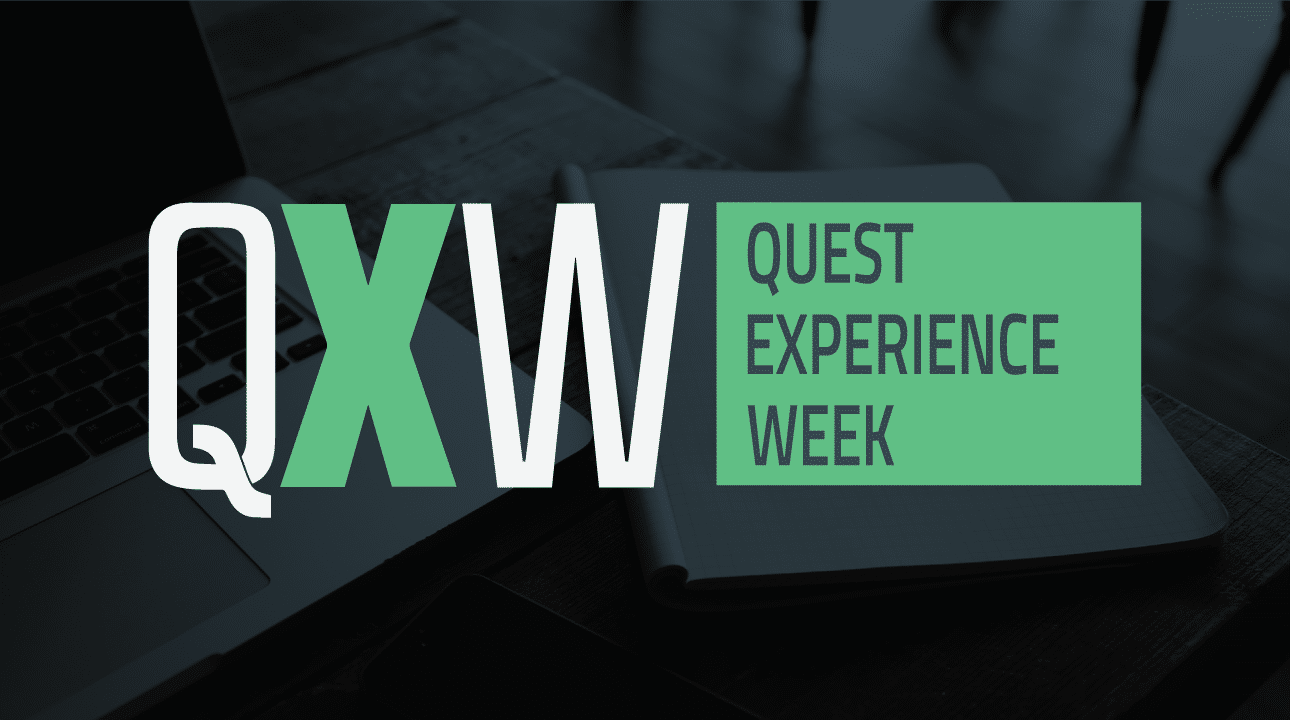 As part of Quest Experience Week (QXW) 2019, Steve McClure, Applications Manager for Weitz Company, spoke about the company’s journey through applying the latest Electronic Software Updates (ESUs) and becoming code current after its upgrade to EnterpriseOne 9.2 in 2017. With Oracle’s shift towards a rapid release model for 9.2 instead of major release upgrades, companies committed to EnterpriseOne will need to go through this kind of exercise at least once every twelve to eighteen months. Doing this sort of assessment, whether a company proceeds with the updates or not, is what continuous delivery is all about.

Weitz began using JDE XE/One World in 2002 and later shifted to JD Edwards EnterpriseOne 9.0 in 2010. Five years down the road, Weitz upgraded to JD Edwards tools 9.1.5 on the 9.0. Eventually, Weitz upgraded to EnterpriseOne 9.2 in November of 2016. During this period of transition, Weitz Company focused on retrofitting customizations, third-party integrations, and vetting core functionality.

Originally, Weitz’s project motto was “Smaller, Faster, Smarter,” but the team quickly realized that its “Plan A” would not suffice. Update 2 was not smaller, and the team was unsure how they could make anything of that size faster. Therefore, the only thing left to focus on was the “smarter.”

It was at this point that Weitz shifted towards the mantra of “Sell the Change.” This is a two-pronged campaign consisting of tools (on the IT side) and “toys” (on the business side). Weitz’s “Plan B” entailed collaborating with DWS and utilizing its FOCUS tool in addition to Oracle’s Object Usage Tracking Identifier. From the business perspective, Weitz Company focused specifically on E1 pages, customizable forms, user defined objects, and a portion of mobile applications.

With these two tools in hand, the next component is “What’s in it for me?” (WIIFM). Whether we like it or not, as humans, the “What’s in it for me?” aspect is what people truly care about. Therefore, when trying to convince the head of a department or the lead of a functional team why their time and resources are required, you need to remember to show them what’s in it for them.

One angle to take in this arena would be beginning to evaluate how many times you ran into a fire drill in the middle of a business process, and then go to Oracle with an SR requesting help when ESU was already available (specific to that bug). Once Weitz began tracking this information, the team found that they were able to have quite frank conversations with the heads of payroll departments and demonstrate its direct impact on them. The team took these conversations as an opportunity to ask questions like if it’s better to apply a patch on your schedule or in the middle of a business cycle. Conversations like these can, oftentimes, be a double-edged sword. However, they continue to be a solid argument when the card is correctly played.

Building on this idea of WIIFM, Weitz moved on to the “low-hanging fruit,” which is a concept that builds new functionality based on structures that are already in place. One example of this would be evaluating the current ESS modules with the notion of turning them into an E1 page. Then, the team went back to the payroll group, taking their number one most disliked, cumbersome task of completing the employee information application, and made it smarter. Weitz Company wondered how it could use a personalized form and a little bit of custom coding to do something that would add value to the team. 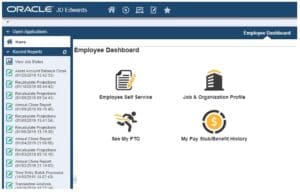 The image above gives a visual representation of the navigation structure that they used to do these four functions. In the upper right-hand corner, the Employee Self-Service logo links the user to a custom form of contact information, which is basically all of the Address Book information on one screen. Weitz applied the same concept to the Employee Information worksheet, and with a bit of programmer coding, the team was able to create a custom version with quick drills.

The next thing that Weitz did was create the Service Desk page, which can only be viewed by the IT department. It is organized into three rows:

Ranking as the most frequently completed task on top, customers have the User Create functionality icons, which have a tile for each of the four steps in this process. Just below this row, users will find the top three “other” tasks, including:

The final row of User Name Change is located on the bottom of the menu because the utilization of this task is not frequent. A successful name change does, however, require a significant amount of work when it is found to be necessary.

Weitz applied this same concept to the mobile device – using a framework from ERP suites called Mobility. The Mobility tile is the first of many to come. Essentially, the tile is an external-facing gateway that authenticates users and then links back into JD Edwards.

Together with the data from the DWS role-based View chart, Weitz combined the data from the Object Tracker and then turned around to give this data to testers. Weitz took the Object Tracker data and performed a cross comparison. This information showed everything that has changed or will change in the update. It also shows everything that your team and security role have used within the past 12 months. Put that into terms with your business processes and put it to the test. Does it feel doable? Fortunately for Weitz Company, the answer was yes.

Throughout this journey toward becoming code current, Weitz Company developed a list of quick tips and tricks to share with other customers who are looking to do the same.

To learn more about how Weitz Company became code current after upgrading to EnterpriseOne 9.2, check out the QXW 2019 presentation attached below.

COLLABORATE 20 will take place April 19-23, 2020 at the Mandalay Bay Resort and Casino in Las Vegas, Nevada! Don’t miss this chance to share inspiration, insights, and solutions with your peers, vendors, and the Oracle team! Register before March 6, 2020, to take advantage of Early Bird pricing.

If you’re looking for more JD Edwards content, join us next year at INFOCUS 20, the premier deep-dive JD Edwards focused event of the year! The event will take place August 25-27, 2020 in Denver, Colorado. Keep an eye out for more information on this event!