Seaboard Corporation is comprised of a group of uniquely integrated and innovative companies with a broad global presence and operations in over 45 countries. The main Domestic businesses include:

What is your history with JD Edwards (when was it installed) and what modules do you use?

JD Edwards was originally installed in the 1990s. We use the Financial modules, primarily General Ledger and Accounts Payable, but also Accounts Receivable in some divisions.

Tell me about the upgrade – the release you were on and how long it took.

Our divisions were on A7.3 cume 9 and we were only using it for our domestic operations and only the financial application. Our divisions are all autonomous of each other and no division ran the same GL package or core business systems. We had a lot of integrations into the financials and many homegrown interfaces. We let our divisions make their own decision as to which route they wanted to take. We did not force them to stay with JD Edwards. In fact, the foods division chose a different software package in 2016 and last year they decided it was not working well so decided to move their data back to JD Edwards and upgrade to EnterpriseOne 9.2.

We took our time phasing the migration by division. Our corporate division was the first division since it was straightforward with only Financials and not many integrations or multi-currency or Spanish. TCC was the second division that we brought on to 9.2. Seaboard Marine division went live last year. It is our largest division with operations in the US and 14 other countries in South and Central America. We are in the process of moving Seaboard Foods to 9.2 and off the AS400.

Grant Thornton is our business partner who assisted us with the migration. It was mainly a technical upgrade with some new functionality. Grant Thornton implemented JD Edwards Fixed Asset module and retired our 3rd party FA system.

“We’ve been very happy that we made the move and mad that we didn’t do it sooner. I love the AS400 because it is so dependable, but I wish we would have made this move ten years ago.”

—Angie Childs, Director of Payroll and Accounting Systems at Seaboard

Did you change the infrastructure?

Yes, we moved from the AS400 to SQL Server. We wanted more flexibility and wanted to move away from RPG code since there is limited availability of RPG programmers. Prior to the upgrade, Seaboard had already set up a SQL server farm and was in process of moving many of our other systems to it. The upgrade provided an opportunity to do the same with JDE, further decreasing our reliance on the AS400. As part of the move, we also replaced all RPG code, by rewriting all customizations and integrations with other systems.

JD Edwards World A7.3 to E1 9.2 was a big jump. How did the users adopt the new interface? How did you train them?

We do a lot of heavy data entry and at first Accounts Payable hated the new system, but now they love it. They are not afraid to customize the grids and forms which makes their jobs a lot easier. They love the import/export into Excel. Previously they would copy and paste a few lines at a time. They are finding a lot of time savings.

We focused heavily on training throughout each of the phases, knowing that it would be a big change for the end-users. We started training early, by providing demos of E1 and detailed UPK training documents, covering all day to day processes. Then we scheduled several working sessions where users were given access to 9.2 and were able to get their hands on the keyboards to walk through their normal processes. Training was an ongoing effort throughout each of the projects, to ensure that at go-live, users were already well versed in the new version and ready to transition to 9.2.

For the Marine division, Dawn Deamud, the Finance lead from Grant Thornton, and I visited each location to provide in-person training. Not only did this provide a lot of value in training users, we often identified process improvement opportunities while there, that we could address during the upgrade.

What were some of the new functionality that was added during the migration?

We were able to get rid of a lot of custom code with translations of balance restatement that were corrected in 9.2. All of our localizations in World were custom and now most are automatically delivered in 9.2. Security planning was difficult, but now that we are on a true role-based security, it is so much easier than the menu security in World. We had security down to the individual since we had so many customizations. Now we have users in specific roles, and it is much easier to track. We took advantage of the Orchestrator during our migration process. Grant Thornton developed an orchestration for us so that we did not have to do double entry into World, then into 9.2. We took the data from World and automatically put it into 9.2 Accounts Payable through an orchestration which ran for 45 minutes at the end of each day. Grant Thornton has helped us to identify ways that we can leverage the Orchestrator in several areas, including as part of a separate project to encrypt outbound bank files.

Working with your Oracle rep on licensing is key to make sure you have overlap with World and E1. We’ve worked closely with the Applications Unlimited team since we started planning the project, and they’ve been very helpful in ensuring that we have the licenses needed for both the groups that have moved to E1 and those still on World.

Another lesson learned was to get a good handle on reporting needs early on – after 20+ years on World, users had a great deal of WorldWriters and FASTRs. It’s important to gather those early in the project and ensure that you have coverage for all of the users reporting needs.

What is the biggest benefit of the migration from World to E1?

The biggest benefit has been the ability to empower users to access and analyze data on their own. In World, users often had to come to IT for data or we had to create custom reports to extract the data they needed. With the ability to create their own advanced queries and export data to Excel, users are able to extract data easily and complete their analysis, without ever involving IT.

Another key benefit has been the usability improvements that have saved the users time and allowed us to automate some functions. Watchlists, form personalization, grid imports, and Café1 have all been adopted by users and leveraged to save time and optimize their day to day processes in the system. We’ve also created several notifications and workflows with the Orchestrator, that have eliminated process bottlenecks, and alerted users to items potentially needing attention.

A partial list of the Watchlists created for use by Seaboard users is detailed in the graphic below.

What are the future plans for Seaboard?

We’re in process of completing the first phase of the upgrade for the Foods division, with a projected go live in October 2020. Then we’ll start phase 2, where the Foods departments that had moved from World to a different ERP, will be transitioned back to JDE 9.2. We are also looking into some additional functionality in JDE, including Procurement, Inventory, Maintenance, and Project Management, and may decide to implement some of those, in order to retire other systems handling those functions currently.

How long have you been involved with Quest and how have you benefited from the community?

We have been involved with Quest for several years, including attending INFOCUS and COLLABORATE several times. This was very helpful as we were planning our upgrade, to help us understand what 9.2 offered and how it could best be leveraged by our team. 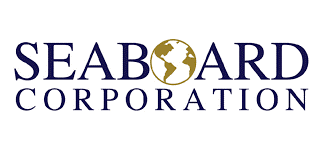